I did that thing again where I just disappear from my blog because I lack focus and also go to the beach a lot. I guess we’ll all just have to accept that I’m a big ole flake at the end of summer.

(And other times too, but shhh, let me live.)

While beach season is over, it’s still summer until the end of the month, so you have time to make these bomb-ass crostini with summer produce. Do it as a farewell to the season before Brussels sprouts and gourds take over (no complaints here about Brussels, though). Do it because even I, the freak who doesn’t really like tomatoes, is getting into the pretty little heirloom cherry toms. Do it because this amped up bruschetta (do I sound like Guy Fieri? Be honest.) really just tastes very, very good.

But, you ask, speaking of summer and my unattractive quality of disliking most tomatoes, what led me to make this tasty little morsel?

In Vermont this year, my favorite of all places, we finally went to a restaurant that I’ve been hearing about forever and that my brother has been talking about even longer, Hen of the Wood. It takes calling weeks, if not months, in advance and in our case, snagging a 5:30pm seating. Serving your typical seasonal farm-to-table fare of the highest caliber, it was very #vermontvibes.

(You’re welcome, family, for being the goober in the really unflattering position.)

View from the back of the Waterbury location. 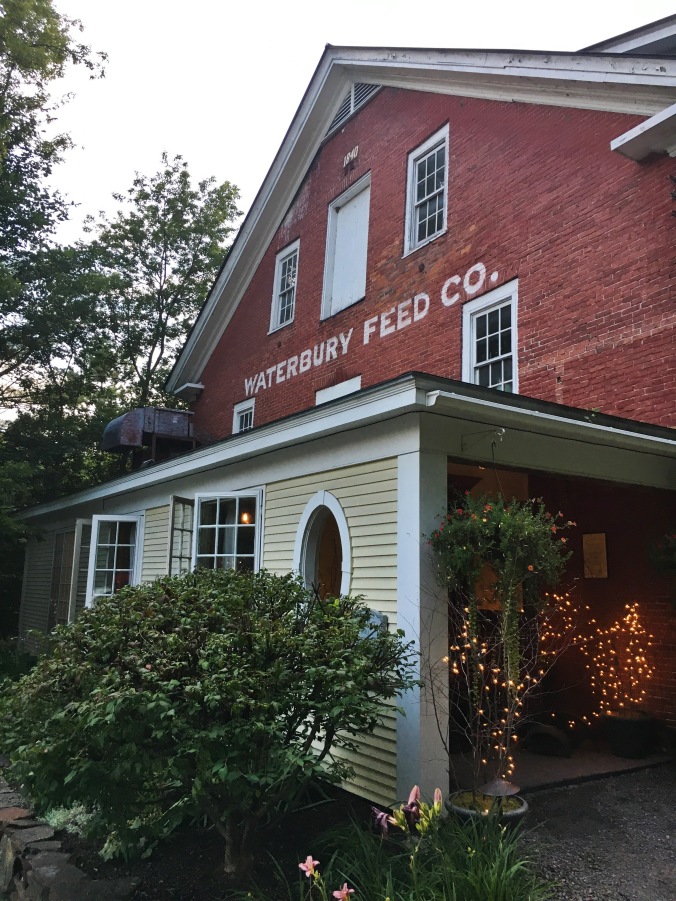 As a table of eight, we decided to split into twosomes to order our appetizers to make sharing easier. Group by group we went around with our orders and in the end, we each split a cucumber and tomato salad with grilled bread and fresh ricotta. It was the best thing I ate all night, and the rip-off beauty of it all, was that it was so simple, so fresh, so real that I was able to recreate it very easily and almost exactly once I got home.

I was picturing a bruschetta when we ordered it, but it came out as a kind of deconstructed panzanella, which actually made it easier to share. I would serve it like that if I made it for only a few people, but I think the bruschetta/crostini/whatever-you-like-to-call-little-toasts route is the best way to go for a party, or in this particular case, a yacht club happy hour. (see below)

The multicolored, juicy lil toms were just so pretty, I had to try one or two and lo and behold, I didn’t spit them out. I liked them! Who would thunk and 28-year-old could possess such maturity to try new things like that?! 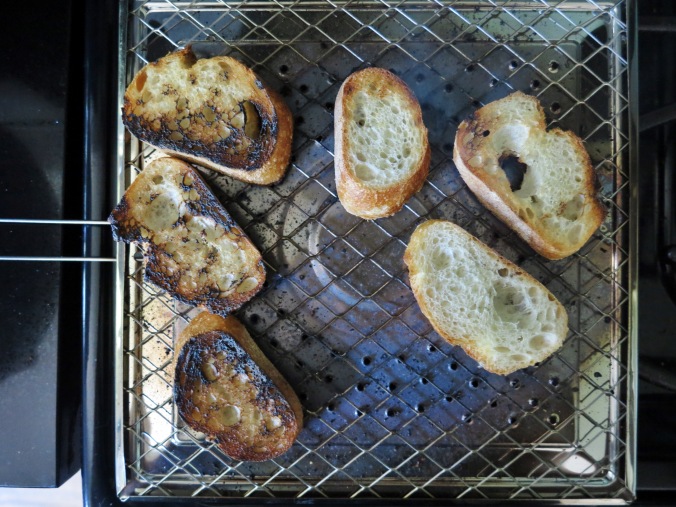 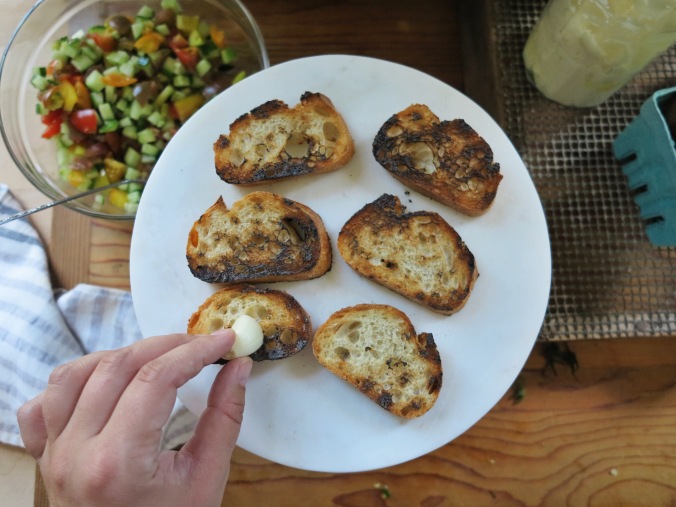 This is the perfect hors d’oeuvres to use up all the good tomatoes and cucumbers you overbought in an end-of-summer panic at the farmer’s market. Something to snack on while you get in some dwindling porch time before fall really arrives in a month. Something to make for the first few football games of the season (lol, what’s football?), lighter than the buffalo chicken dip that maybe should still turn up on the coffee table next to these crostini. Something to make when you’re missing Vermont, or the beach, or wherever you spend your summer weekends until they roll around again before we even know it. 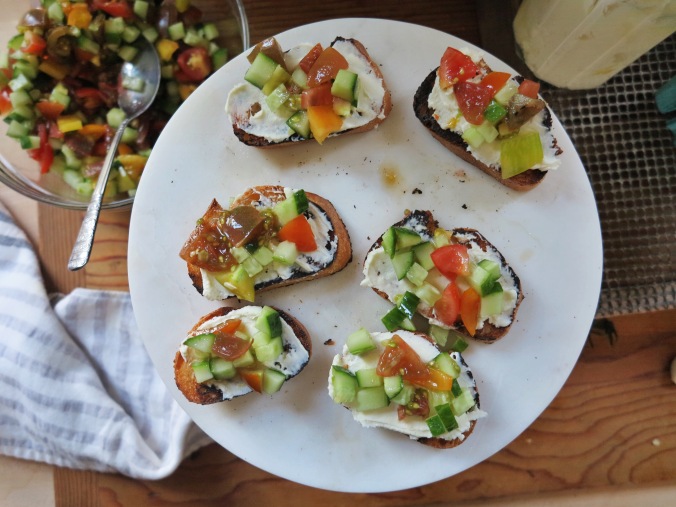 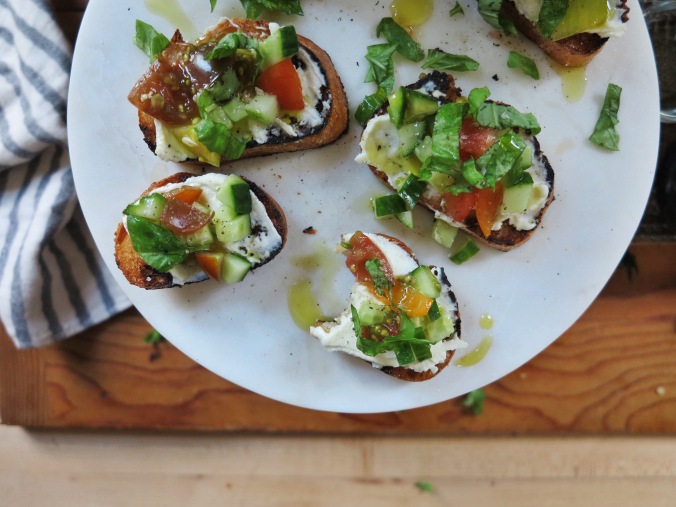 Serves: As many as you want, pals.

A baguette, or whatever bread you prefer

Ricotta (homemade is best and I’m not messing around here)

2 thoughts on “A Pinch of Summer: Tomato, Cucumber & Ricotta Crostini”