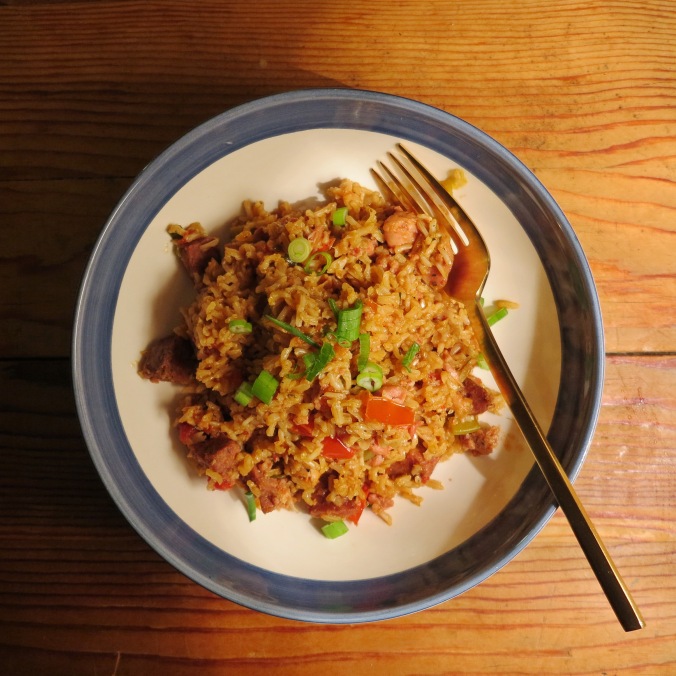 A few weeks months ago, I was lucky enough to attend a cookbook launch at the Bon Appétit Test Kitchen. I’m just one of those girls who dashes about town, going to fun, super cool events like that.

Hahahaha, jk, I mostly just spend my time vacuuming cat hair in my apartment, so this launch was a special treat. 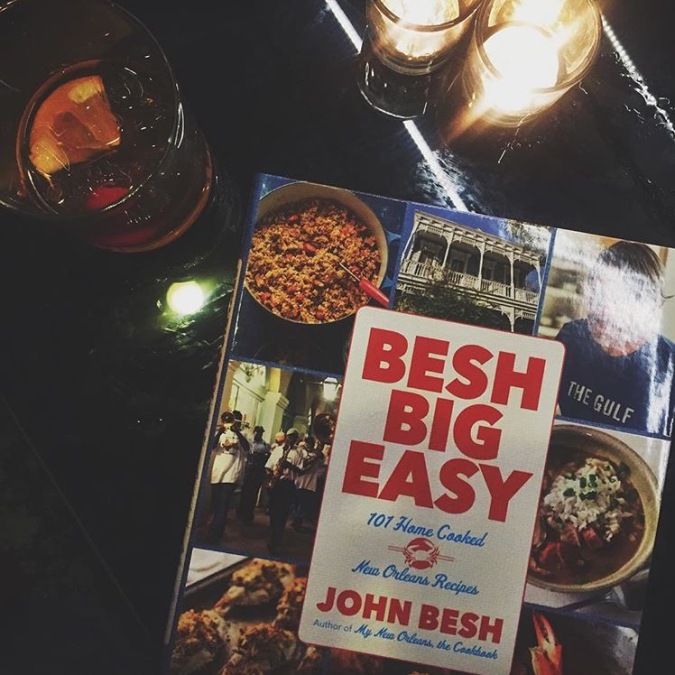 The launch was for John Besh’s new cookbook, Besh Big Easy and I have it to thank for a couple of my new favorite things. For one, I’m now a classy New York broad who loves an Old Fashioned, which they were serving as their specialty cocktail. 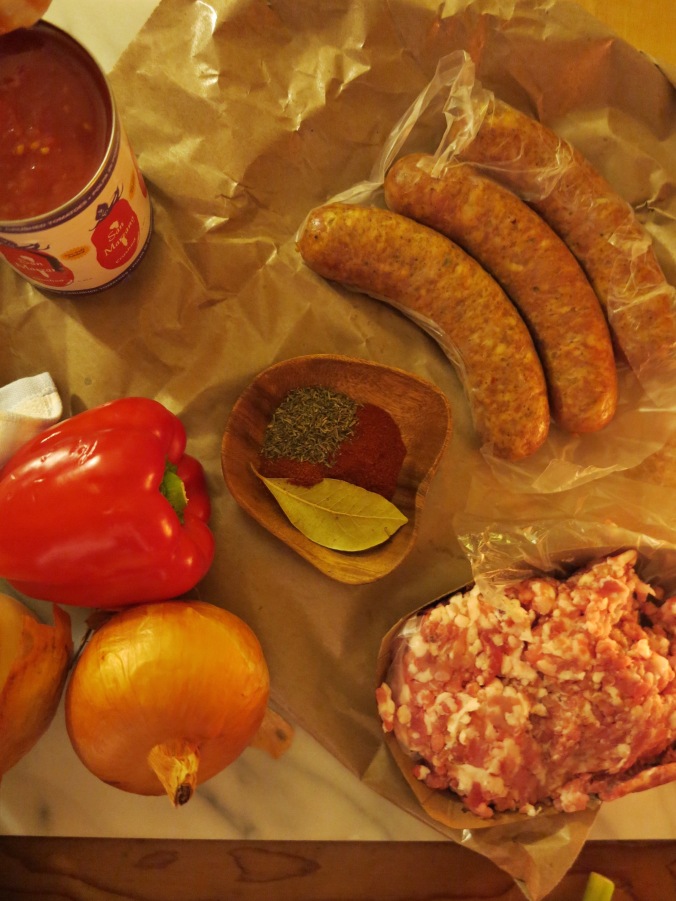 I’m not big on straight liquor because I’m generally a wimp. I mean, one of my favorite New York bar specialties is the pickleback. That’s a shot of (generally bottom shelf) whiskey followed by a shot of pickle juice to erase the taste of said whiskey. So it’s perfect for me….except I also don’t love pickles so I always have a beer chaser for my pickle chaser. My point is, I always thought cocktails like the Old Fashioned with minor additions to the liquor were just too much for me to handle. But I guess the bitters, sugar cube, and dash of citrus juice do the trick for me. I took a chance, ordered the Old Fashioned instead of my usual and slightly obnoxious order of prosecco, and proceeded to fall in love. Thank you John Besh and Bon Appétit’s party planners – I feel like a little bit more of a grown up now. 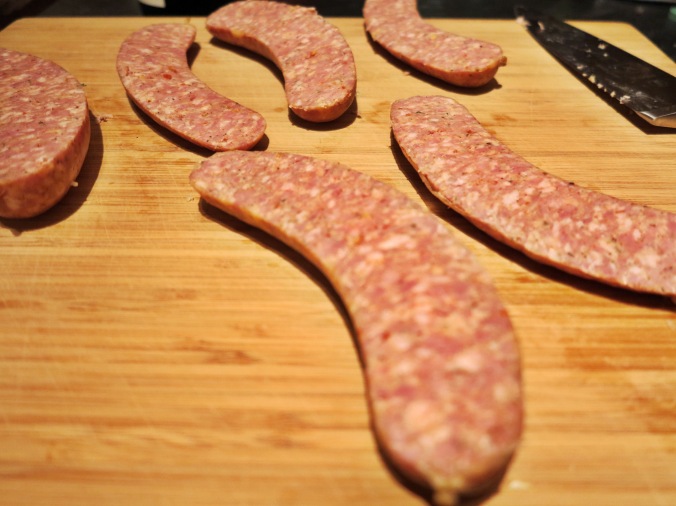 There were passed hors d’oeuvres, my favorite being bacon-wrapped duck poppers. The server must have seen the joy in my eyes when I first heard him describe that juicy morsel, because he just kept coming back to me. Thank you, sir, wherever you are. In addition to the passed hors d’oeuvres, there were several stations set up around the room with dishes like shrimp étouffée over cavatappi and a pork and Andouille jambalaya. That jambalaya was just so darn comforting, I helped myself to a little more before snagging my free and autographed copy of the cookbook to bring home so that I might re-create every delectable bite I ate that night.

To add a little more NOLA flair to the launch, the Rebirth Brass Band played, which was such a treat. It was almost like we were in a Zatarain’s commercial.

A few weeks after the launch, I found myself a Sunday afternoon to make one of several jambalaya recipes included in the cookbook. These recipes make a large amount of food, ideal for inviting folks over for a warm and welcoming Sunday meal, or ideal for making a huge pot of tasty rice and meat to save for yourself in the freezer, which is what I did. What can I say? The life of a single girl is New York City is as glamorous as going to celebrity cookbook launches, as practical as making freezer-friendly meals, and as average as spending a good amount of time cleaning up after your cat. And that’s fine by me.

½ cup olive oil (or bacon fat…if you have it) 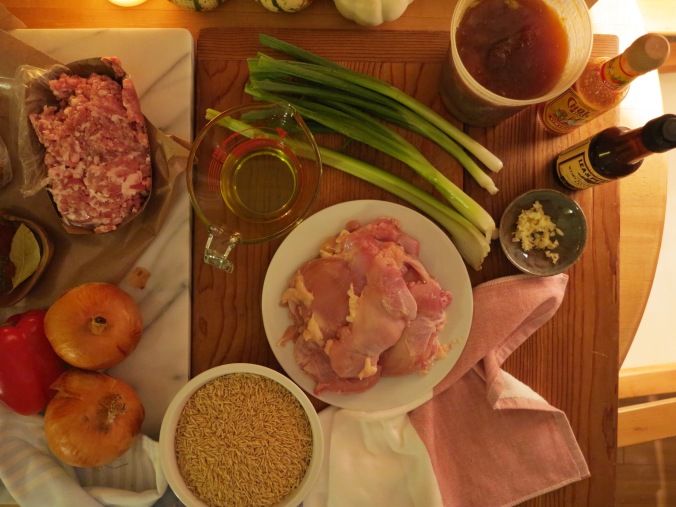 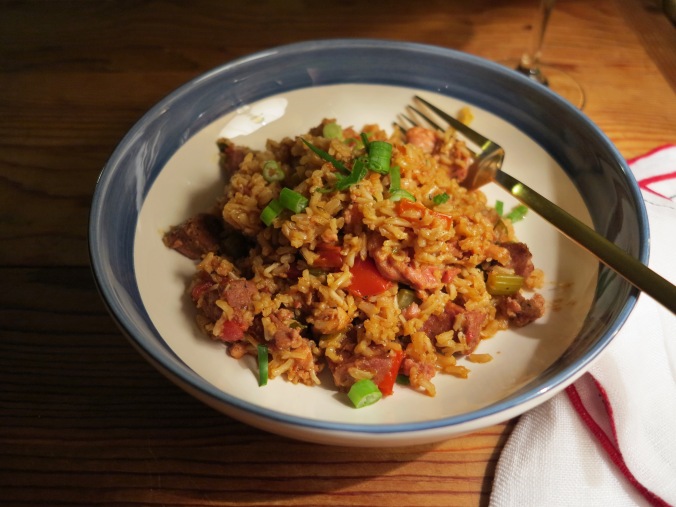 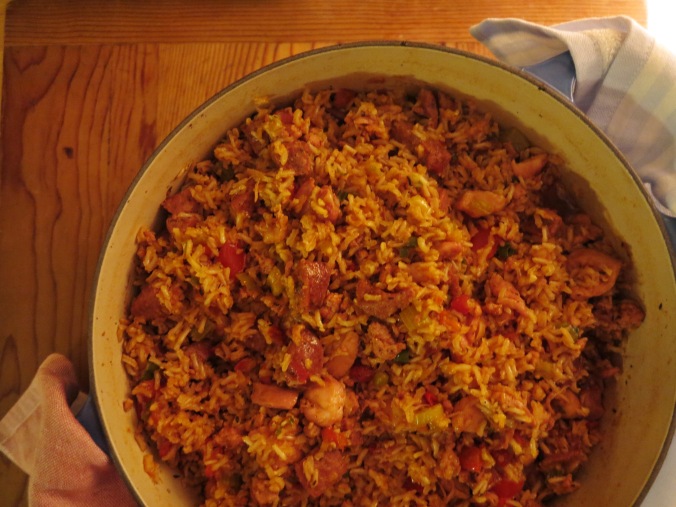 One thought on “Chicken & Andouille Jambalaya”