When your Instagram and SnapChat feeds are full of images of rosé and beach shots from the French Riviera, there is nothing to do but get yourself to a similar locale as soon as possible. So, this past weekend when several of my coworkers were traipsing along the Mediterranean downing pretty pink wines, I returned to LBI for a weekend of bike building, yacht club cocktail hours, and as always, more grilling.

A few weeks ago, I took the next step in beach kid-hood and ordered my very own beach bike. Since this was my first weekend down since Memorial Day, I was anxious to assemble it. As soon as I arrived, I threw on a swimming suit, grabbed a toolbox and ripped open the cardboard box holding my partially built bicycle. I got all the pieces to fit together, and feeling pretty smug about it, I took it for a spin to buy groceries. On the way to the supermarket, I noticed the handlebars were crooked, so on the way home, I took it to the bike shop to get the handlebars tightened. They tightened them no problem and proceeded to fix, like, five other things that I didn’t even know were wrong. Well, after that I felt a little less smug…but I still got my very own beach bike so it’s a victory! 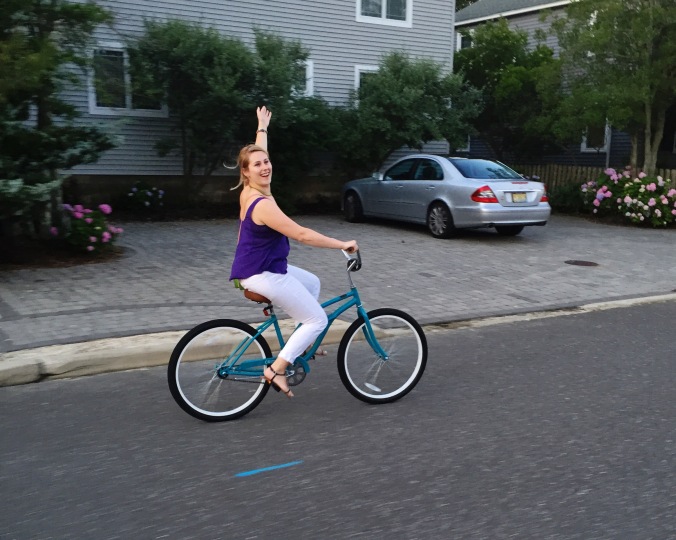 And just wait ‘til I put on the basket I ordered to go with it! I’m going to fill it with baguettes and bottles of wine and flowers and just about every other cliché you can think of. I’ll look so French. Which brings us back to the point of this post – the food I made later that evening.

For this edition of A Pinch of Summer, I took some inspiration from all those jealousy-inducing pictures from Cannes and I made my very own version of a salade Niçoise. Now, according to Jacques Médecin (who is considered to be an authority on this classic salad), nothing in a traditional salade Nioçoise should be cooked except for hard-boiled eggs. The thing is, this salad has been interpreted many times over and I’m just the next one in line to completely bastardize the dish. Also, Médecin was apparently a huge racist and corrupt politician, so I feel fine rejecting his rules. 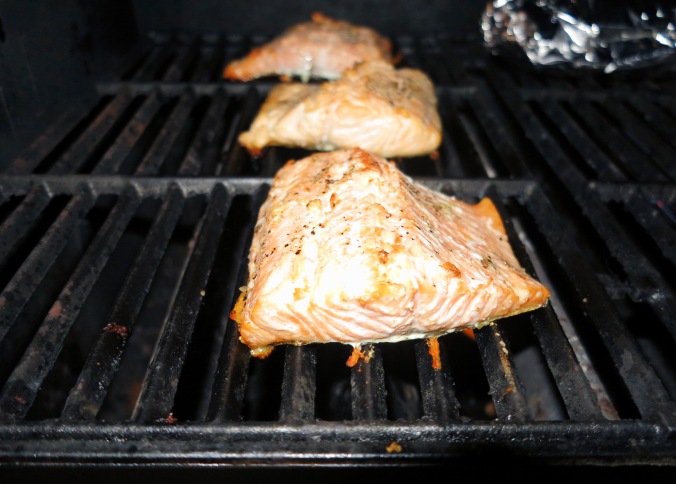 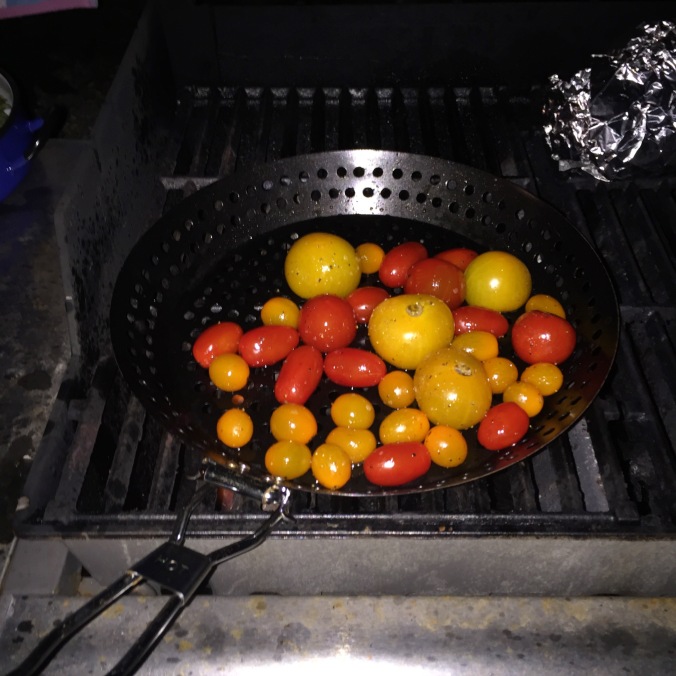 I’m taking what I like from a salade Niçoise and leaving the rest behind. You’ll find no black olives or anchovies in my dish, and I prefer salmon to tuna. As for nothing being cooked except for the eggs, well, too bad Médecin! This is summertime in the U.S. of A. and I’m using the grill as often as I can. For my interpretation, I grilled salmon, potatoes, asparagus (typically green beans), and tomatoes and it was fabulous. I have also never gotten such good results with hard-boiled eggs before. I was pretty tipsy off rosé excited. 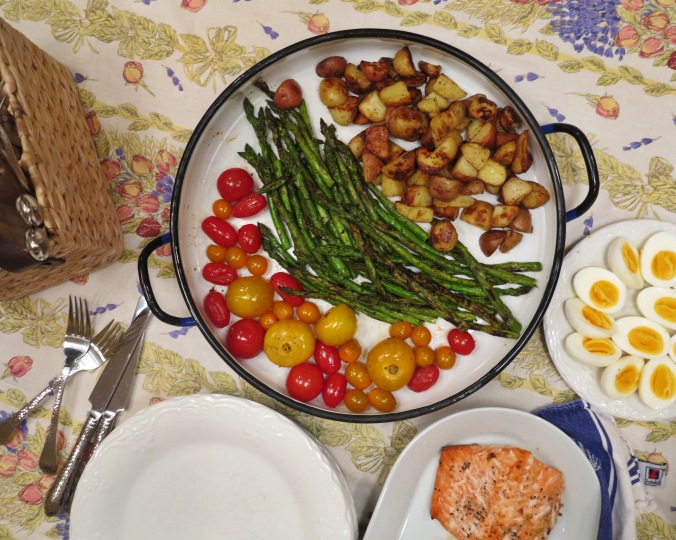 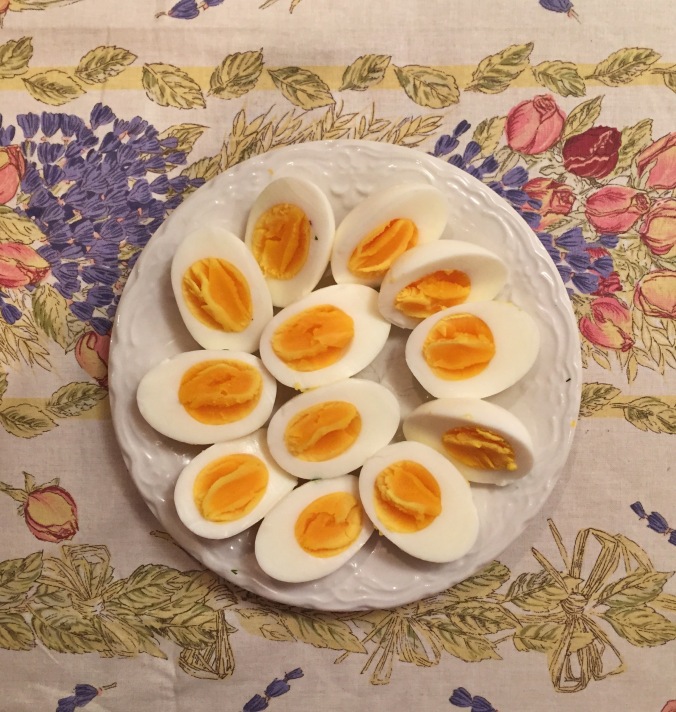 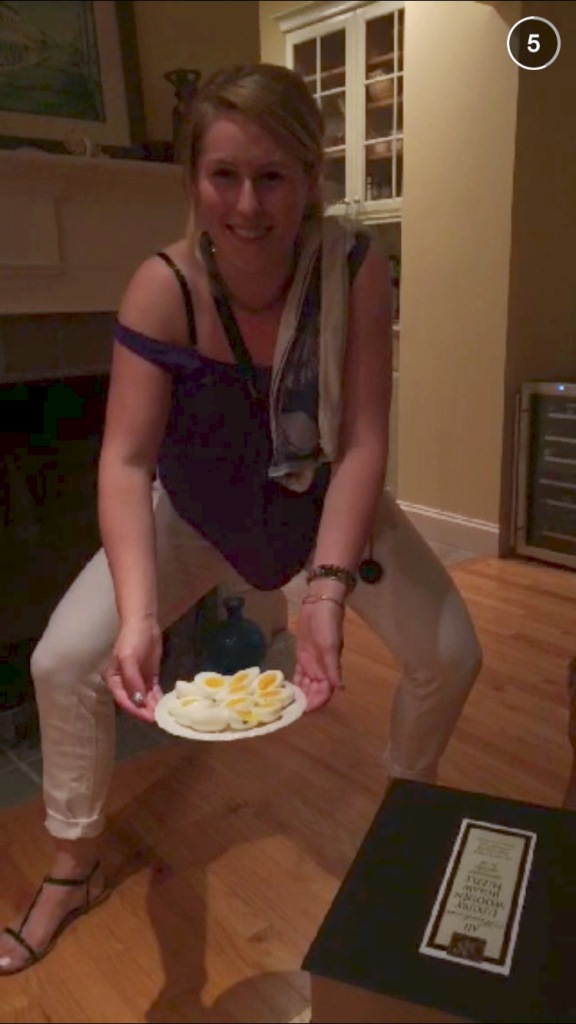 seriously, so excited about these eggs!!

For the vinaigrette, I based mine off of what Ina uses for her own salmon Niçoise interpretation. In keeping with the theory and #beachvibes behind A Pinch of Summer, the whole recipe is very general. I can tell you basically what I did, but I can also tell you that I had a glass of wine to nurse and I was grilling four things in the dark while running back and forth to make a dressing and monitor the eggs. The good news is, it lends itself well to your own adaptation and skills and the preparation really is simple. Everything is just tossed with oil, salt and pepper and cooked to your liking. You can certainly roast everything if you’re not into grilling. And actually, the beauty of this set-up is that if you don’t like an ingredient, you can just leave it off your plate. It’s a build-your-own salad adventure in every way. OH! And by the way, this salad is wonderful if you have leftovers of any of the ingredients from another meal. Often, I’ll make a simpler version of this when I have leftover potatoes and asparagus or salmon and green beans.

To be super European (totally not just because we stayed at happy hour until the sun set), we ate dinner at 10:30 pm. So take that, Cannes attendees. Y’all may have been living the Provencal life by the beach and drinking mad rosé, but I was doing it too, and it was only a two-hour drive away. 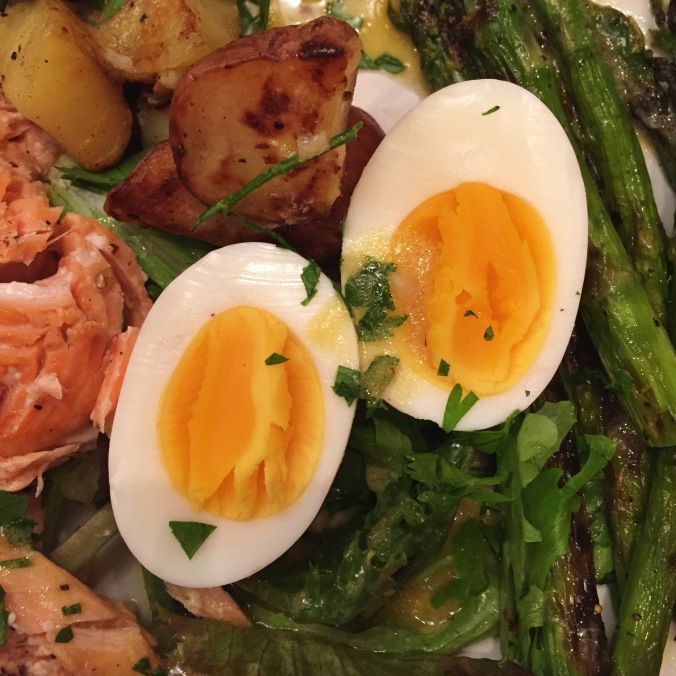 one more close up for the eggs! 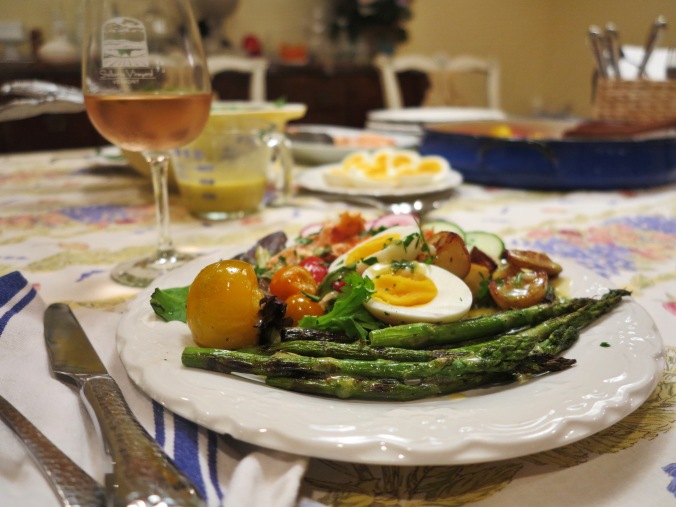 1 pound baby heirloom tomatoes, or more if you like

A lemon or two, to spritz where you will

½ cup olive oil for the vinaigrette, extra to toss with everything on the grill (probably another ½ cup)

3 thoughts on “A Pinch of Summer: Grilled Salmon Salade Niçoise”